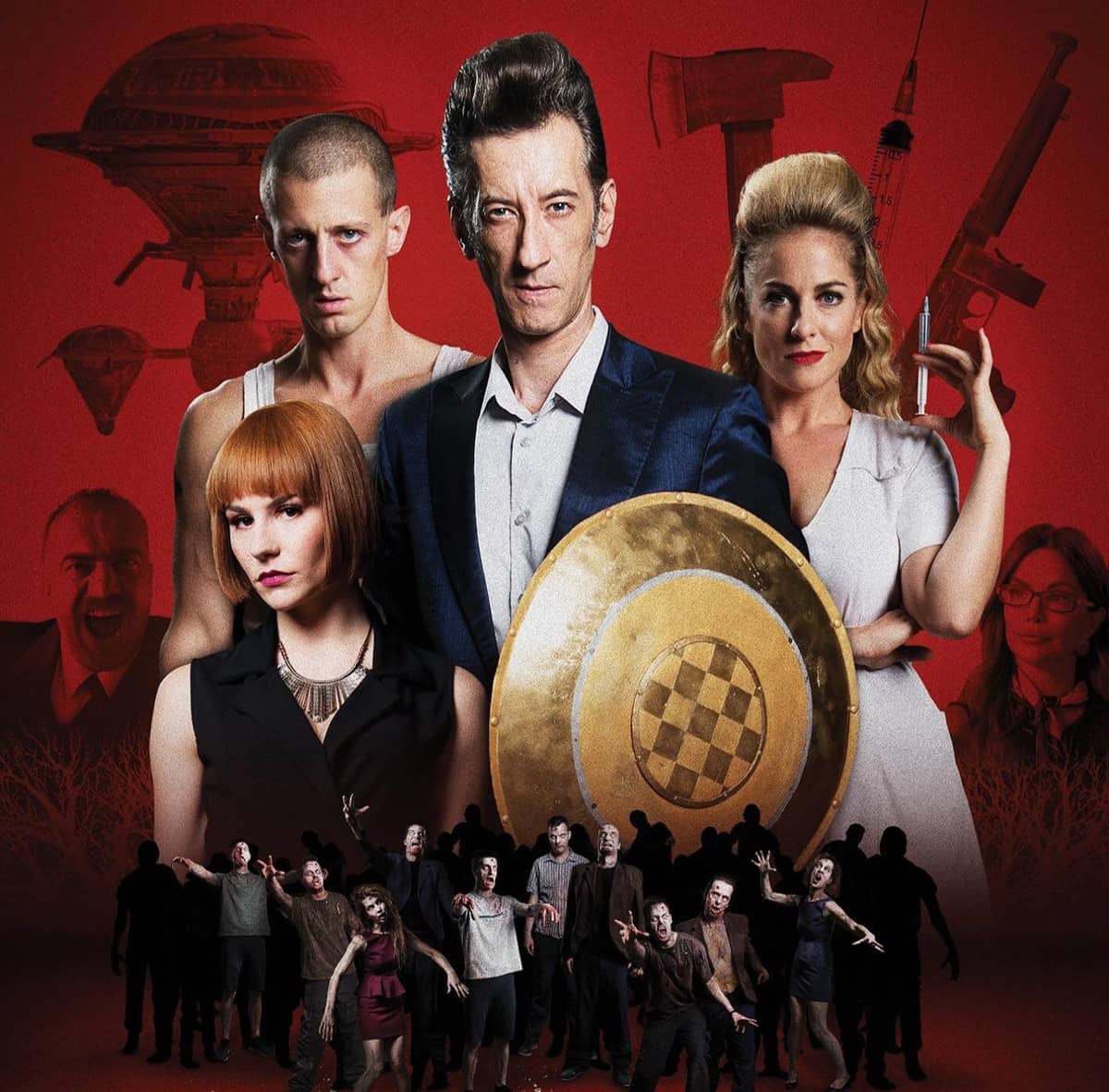 Croatia, seven years after the economic collapse. Drinking water is scarce, the gap between rich and poor is wider than ever. In addition, a group of powerful world conspirators is having fun spreading epidemics among the people: The Croats mutate into man-eating zombies – except for Mićo, the bon vivant who drives an expensive red convertible while Zagreb is overflowing with homeless people. Only the voice of the radio presenter still whispers of light at the end of the tunnel. In the cinema, the blonde heroine Hrvojka Horvat fights Croatia’s enemies with shield and flaming sword.What begins as a post-capitalist social comedy quickly turns into an action-packed horror film with science fiction elements: For from outer space, a group of elite water manufacturers poisons the country with a cannibalism virus. Only Mićo is not infected by the zombie disease. He seems to be immune and goes on the run with Hrvojka and two other comrades, but the borders have long since been secured. Shortly before a paranoid American general wants to wipe the epidemic region off the map with a new bomb, Mićo and his patriotic friends discover an unusual cure for the virus – and, incidentally, that their blood is not as purely Croatian as they always thought. With black humour, the horror comedy takes aim at nationalistic arrogance and prejudices between ethnic groups in the former Yugoslavia and became a hit with audiences in the region.