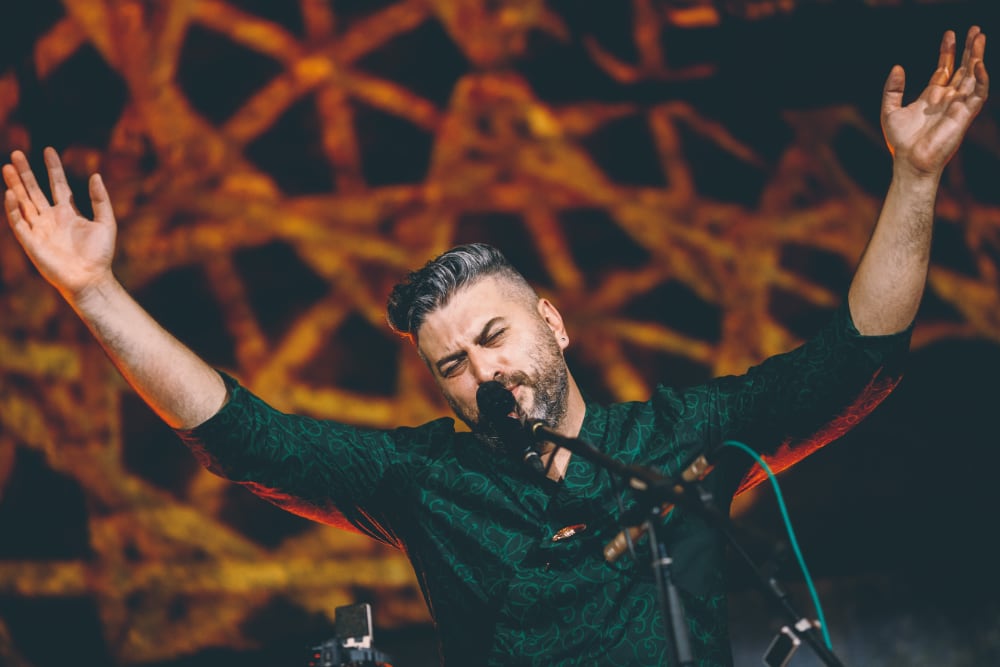 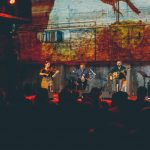 Damir Imamović (born 1978) is a singer, musician, author and sevdah master from Sarajevo, Bosnia-Herzegovina. He is coming from a family of sevdah musicians and represents a new generation of the traditional music of Bosnia-Herzegovina. Since 2005 Damir performs with his Trio, his “Sevdah Takht” quartet as well occasional projects with Jelena Popržan, Bojan Z, Eric Vloeimans, Greg Cohen and Derya Türkans. He recorded 6 CDs for different labels (Glitterbeat Records, Wrasse Records) and cooperated with producers such as Chris Eckman and Joe boyd. With his many projects Damir toured in China, Mexico, all over Europe and USA while performing in prestigious venues such as The Kennedy Centre (Washington DC), Concertgebouw (Amsterdam), Kolarac (Belgrade), Centre Pompidou (Paris)… A documentary film «Sevdah» by Marina Andree-Škop (DIM, 2009) was recorded alongside his work. He is very active as a traditional music educator with his SevdahLab program. Damir wrote the book «Sevdah», the first history of the genre (Vrijeme, 2016).

Greg Cohen (born 1953) is an American jazz bassist. Best known for his work with John Zorn’s Masada Quartet, he has been touring with Ornette Coleman more recently and performed on Coleman’s award-winning “Sound Grammar” album.

He has worked as an arranger, producer, musical director and composer for the theatre, film, television and recording studios. At present, Cohen is the Head of Department Bass at the Jazz Institute Berlin.

Derya Türkan is a master of the Turkish kemenche (3-stringed fiddle). He plays an improvisational as well as the Ottoman classical music repertoire.

Born in Istanbul in 1973, he graduated from İhsan Özgen’s violin class at the Turkish Music State Conservatory. In 1990, he was invited as guest musician to the Istanbul State Turkish Music Ensemble, directed by Necdet Yaşar, and performed with them for 7 years.

He joined TRT Istanbul Radio in 1991 and recorded there with many great Turkish artists such as Alaadin Yavaşça, Bedri Sıdkı Sezgin, Niyazi Sayın and Erol Deran. Since 1992, Türkan has played with the Kudsi Ergüner group and with the Anatolian Group, directed by İhsan Özgen. He also founded the İncesaz group with Cengiz Onursal and Murat Aydemir.

Türkan collaborates with a wide range of musicians and has performed all over the world. He recorded the album “Fuad” with Armenian whistle artist Djivan Gasparyan and Erkan Oğur and “Silk Moon” with bassist Renaud Garcia Fons.

Ivana Đurić is a virtuoso Bosnian violinist. Born in 1984 in Sarajevo, she began her classical music education when she was 9 years old and studied the violin in Bosnia and France. In 1996 a UNICEF film was made featuring Ivana playing Bach’s double violin concerto with the renowned violinist Maxim Vengerov.

In her twenties, she started to passionately research and arrange traditional Bosnian sevdah music.From 2010-2014 she was a member of the National Radio-TV Orchestra and still regularly performs with them on a variety of projects.

She first met Damir Imamović as a studio musician. After several years of musical collaboration and friendship, she joined his band Sevdah Takht in 2015 and features on the group’s album “Dvojka”, which was internationally released on Glitterbeat Records in 2016.

What do you want to search for?